Following the adoption of the UN Convention on the Rights of the Child in 1989, the issue of children’s participation has become imperative in policy, research, education and community development initiatives in many countries in Europe and elsewhere. Further, the preamble of the European Charter on the Participation of Young People in Local and Regional Life (Council of Europe, 2012) emphasizes active participation of youth as essential for building democratic societies. It has become a recurrent mantra that children and young people have a right to both having a say and to appropriate conditions to participate in matters of importance to them. However, the conceptualization as well as the enactment of participation in school settings remains ambiguous and contested. Thus, theorizing as well as empirically researching participation of children and young people in processes and practices of schooling, its temporal and spatial dimensions, its interactions with social categories such as ethnicity, culture, religion, gender, socioeconomic background, and its relations with school wellbeing, subjectification and learning is one of the lines of research within ENGAGE.

In the everyday use the term ‘participation’ has been associated with a number of related words, such as ‘taking part’, ‘involvement’, ‘engagement’, ‘consultation’ and ‘empowerment’ (e.g. Simovska 2007). Taking the dictionary definition (e.g. Merriam Webster 2014) as a starting point, it is possible to differentiate between two primary modes of meaning-making for the term:

Within educational research in schools the term is often linked to different understandings of interactivity as an important pedagogical strategy to improve pupils’ motivation for engagement in school and/or community actions in different areas, for example health and wellbeing. This is not to be confused with participation rates, i.e. enrolments and attendance, as promoted by OECD, or the discourse of the Millennium Development Goals. Further, participation can be understood in terms of the ‘voice of youth’, grounded in discussions concerning the importance of listening to young people. However, both interactivity- and voice-type meanings have been critiqued as positioning participation as token, such as when involving children and young people in predesigned activities without necessarily emphasising their influence on these activities. Scholars in this line of thought have highlighted the fundamental importance of participation to notions of citizenship, suggesting sharing power in making decisions relating to children and young people’s lives (e.g. Hart 2008), but also learning and gaining competences while participating (e.g. Reid et al. 2008). As an educational ideal, and with reference to critical continental theory, the concept of participation has been primarily linked to three different understandings of the benefits of engaging with educational activities:

As such, debates about education in general as well as school based health/wellbeing education and promotion in particular, are ripe with discussions of the significance and the potential of participation as an ideal. At the same time, as mentioned above, the concept of participation has been under debate for so long, it risks being reduced to empty rhetoric or even counteracting the intentions behind the concept (Rahnema 1992; Van Poeck and Vandenabeele 2012), as it is the case with many normative ideals. From a Lacanian perspective, an ideal can be understood as a social mechanism which individuals apply in order to install some kind of order and structure into a potentially messy and chaotic situation (Lacan 2004). In this respect, the concept of participation, when linked to educational practices in schools, can be seen as adding value to processes of learning and (hypothetically) offering structure to educational activities.

Thus, participation is a worthwhile and powerful concept, both as an ideal and as an educational strategy. But its dark side needs to be researched too, and the role this dark side can play for both teachers and pupils as individual subjects, as well as for the schools as settings, and for broader educational thinking. In other words, the concept of participation harbours significant potential, but as an ideal it rests on notions of the ‘good’ and ‘worthwhile’ that are often out of reach, and as an educational tool it clearly clashes with many of the other things actually and necessarily taking place within schools: organisational rationales, resources, hierarchies, priorities, assessments, the teacher/pupil relationship, the urge to learn something and not just anything.  When working with research on children and young people’s participation in schooling, a theoretical emphasis on the excess embedded within such an imperfect concept could be seen as a strategy to circumvent the seemingly never-ending race to come up with the ‘perfect’ concept, and in effect, get rid of the lack or deficit in a given educational field. Again, this needs to be done in the knowledge that there is no way to transcend the ideal of participation when trying to improve the methodologies surrounding it. There is no ‘perfect’ version of the concept to be had and, in the spirit of Samuel Beckett, we can only hope to try to push the envelope of participation in schooling while at the same time recognising that this can only lead us along the path to failure once again, but hopefully failing better. 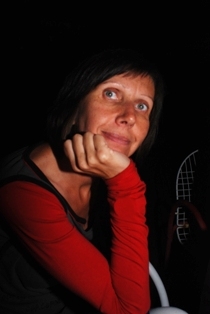